Green region, land of St. Francis, heart of Italy are just some of the adjectives with which Umbria is often described.

Umbria is full of places that give unique emotions such as the Piana Grande in the Sibillini Mountains, a plateau that in spring with its flowers creates an unparalleled spectacle or Assisi, which with the Basilica of St. Francis or the Porziuncola is good for the heart and soul.

From Perugia to Gubbio, along with the Marmore Falls we offer you an itinerary through the important places to see in Umbria, a great little region.

Located on the slopes of Mount Subasio, Assisi is a small medieval town where time seems to stand still. It is one of the most visited places in Umbria as well as a favorite destination for many pilgrims, linked to the history of St. Francis and St. Clare who lived and worked here. We begin the tour of Assisi from the Basilica of St. Francis. It was built in 1230 and was commissioned by Pope Gregory IX to house the remains of the saint. Seen from afar, it looks like a single stronghold but is actually composed of two overlapping churches: the Lower Basilica, the Upper Basilica with Giotto’s famous frescoes and the crypt with the saint’s tomb.

After visiting the basilica walk along Via San Francesco and reach the Piazza del Comune around which stand the Temple of Minerva dating back to the 1st century BC, the Torre del Popolo and the Palazzo dei Priori, home of the Town Hall. To explore Assisi at its best,

you can book a local guide with Umbria Con Me, the travel specialists in Umbria.

Etruscan, Roman, medieval, Renaissance city, university seat among the oldest and most prestigious in Italy and the world. It is a place of a thousand faces, all fascinating and steeped in history. Start your visit to Perugia from the main square, Piazza IV Novembre, at the center of which stands the Fontana Maggiore, one of the finest examples of medieval Italian sculpture and a symbol of the city. On the north side of the square are the Cathedral of San Lorenzo and the splendid Gothic-style Palazzo dei Priori, home to the National Gallery of Umbria.

The Rocca Paolina is another must-see in Perugia. Built in the 16th century at the behest of Pope Paul III Farnese, it is a true underground city that will fully immerse you in the atmosphere of medieval Perugia.

Built on a tufa cliff rising into a valley of rolling hills, Orvieto is one of the oldest cities in Italy. It is most famous for its Duomo, the symbol of the city and one of the most spectacular cathedrals in Italy and the world.

This magnificent building unites several architectural styles, particularly the Gothic visible especially in the facade and the Romanesque.

The town’s second attraction after the cathedral is St. Patrick’s Well: via a double helical ramp of no less than 248 steps, this incredible work of engineering will take you to the depths of the earth.

Continue your “underground” experience by visiting the underground city, an intricate network of caves and caverns excavated by Orvieto’s inhabitants some 2,500 years ago.

Like Perugia, Spoleto boasts a very rich artistic-cultural heritage, evidence of the different historical eras that saw it as a protagonist.

Start your itinerary from the majestic Rocca Albornoziana, symbol of the city. This imposing and elegant fortress was erected in 1359 as a papal residence, later used as a prison. Another must-see is the Duomo. Another symbol of the city of Spoleto, the Cathedral of Santa Maria Assunta, built in the 12th century is a true masterpiece of Romanesque architecture.

From the Roman period, on the other hand, are the ancient aqueduct, better known as the Ponte delle Torri, a majestic nine-arched structure connecting the Sant’Elia hill to Monteluco, and the theater of ancient Spoletium, dating from the first century, which could accommodate about 2,000 spectators.

Since 1958 every summer Spoleto has been transformed into the setting and the stage for the Festival of the Two Worlds, where artists from all over the world perform concerts, dances and shows.

Located on the slopes of Mount Ingino in the northeastern part of the region, Gubbio is one of the oldest Umbrian towns.

The town consists of five parallel streets located on different levels and connected by alleys, stairs and steps.

The first thing to see in Gubbio is the Duomo or Cathedral dedicated to Saints Marian and James. An elegant Gothic building accessed through a portal surmounted by a huge circular stained-glass window and whose interior consists of a single nave with several chapels on either side. After visiting the cathedral go to Piazza Grande, the most beloved place for Eugubinians and tourists alike, one of the most scenic urban constructions of the Middle Ages.

Marmore Falls is a gem of the region and is considered one of the highest waterfalls in Europe. The total drop is 165 meters, divided into three jumps that contribute to its spectacular appearance. Located in the Valnerina, a short distance from Terni, in the Marmore Falls Natural Park, it is a must-see stop during a vacation in Umbria. In the park, hiking and trekking enthusiasts will be able to walk along numerous trails and discover all the species that inhabit the environments of the waterfall or visit the caves carved by the water over the centuries. For the more adventurous, however, the falls are the perfect place to practice rafting or hydrospeed, a kind of floating bobsleigh with which you can float through the rapids.

Between the Umbrian hills and Tuscan valleys lies Lake Trasimeno. It is the fourth largest in Italy, and three islands emerge from its waters: Isola Polvese, Isola Maggiore and Isola Minore – only the first two can be visited.

The Trasimeno area is a true trekking paradise: there are plenty of routes that can be taken through lush forests and ancient villages. Definitely worth a visit is Castiglione del Lago with the 16th-century Palazzo Della Corgna and the striking Rocca del Leone fortress. Art enthusiasts will also find something for their teeth: in this area, in fact, it is possible to make several itineraries in the footsteps of Perugino.

Located halfway between Perugia and Assisi, Foligno is the third largest city in Umbria. Unlike most Umbrian towns, Foligno is located in a flat area, making it a perfect destination to explore on foot or by bike.

Stroll through the historic center until you reach the Piazza della Repubblica and admire the extraordinary architectural ensemble consisting of the Duomo, the neoclassical-style Palazzo Comunale and the Palazzo Trinci.

If you love museums, drop by the Museum of Printing in Palazzo Orfini, which collects evidence of papermaking and publishing from the 15th century to the present. Here, in 1472, printer Emiliano Orfini printed the first edition of the Divine Comedy. 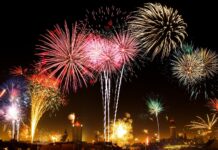 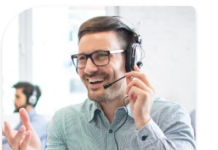 All the Star Wars You Can Watch on Disney+ 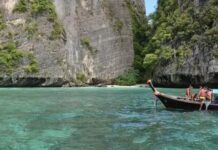 10 best places for Kayaking in Thailand

Traveling Through The Slopes And Paths Of Smoky Mountain With Chintan...